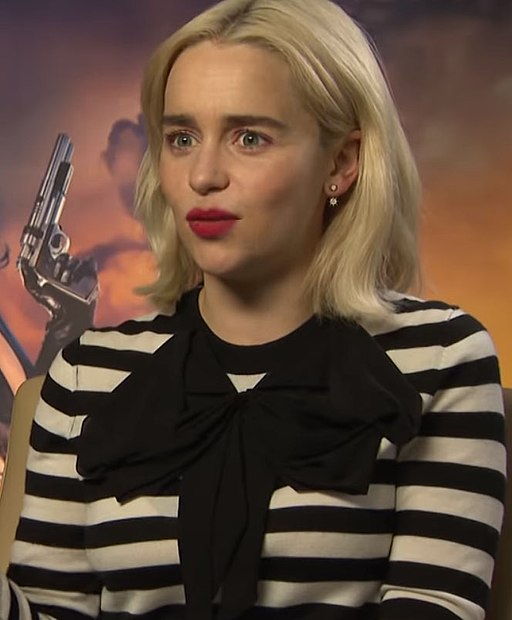 Emilia Isobel Euphemia Rose Clarke (born 23 October 1986) is an English actress.[2] She studied at the Drama Centre London, appearing in a number of stage productions, including one by the Company of Angels.(...) Clarke rose to international prominence for her breakthrough role as Daenerys Targaryen in the HBO fantasy television series Game of Thrones (2011–2019). The role has garnered her critical acclaim and several accolades, including three nominations for the Primetime Emmy Award for Outstanding Supporting Actress in a Drama Series and a nomination for the Primetime Emmy Award for Outstanding Lead Actress in a Drama Series.